So I wanted to add a “Now playing” footer to my posts so I can easily share the music I’m listening to. Maybe some people can find something new and exciting with that, so I implemented a very quick and poor man’s implementation for it! I only play with YouTube’s search_query URL parameter and pass in the song to that from the Hugo post’s front matter. I pass in the current song as a slice in the post’s front matter similar to this:

Then I just parse that in the template:

Stumbled upon this weird experimental avant-garde jazz black metal type of band a while ago and have been loving them ever since! 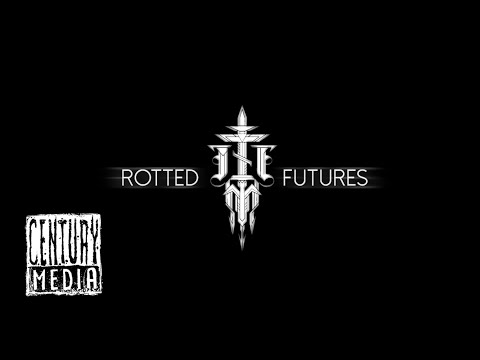 So Spotify seems to be a shit show at the moment, at least when sharing misinformation on their platform. At the centre of it all seems to be Joe Rogan. Spotify made a widely reported deal with Joe Rogan for exclusive rights to his podcast in 2020. Weirdly enough, Rogan has also lately been under heavy scrutiny for his idiotic statements about COVID.

In January 2022, 270 medical experts submitted an open letter for Spotify to moderate this misinformation on their platform. Letter was largely prompted because of a controversial physician who openly promoted preposterous nonsense on Joe Rogan Experience (JRE).

A few days ago, Neil Young started a protest against Spotify giving them an ultimatum for choosing either Young’s music or JRE. And well… neither Young nor 270 medical experts were enough to change Spotify’s mind about the subject since they decided that they would rather leave JRE on their platform rather than Young.

This is a weird point of view that Spotify has taken in this case since they have already participated in self-regulation before by removing harmful content from their platform. This kind of content has involved music connected one way or another to white supremacy or neo-nazi movements and much more (very much understandably so). Spotify also joined many other streaming platforms by removing another nutjob Alex Jones’ podcast InfoWars from their platform for spreading misinformation. But guess misinformation from dear Joe Rogan is not considered harmful by their standards.

I sincerely hope that other artists and record companies will move off the SPOTIFY platform and stop supporting SPOTIFY’s deadly misinformation about COVID.

Unfortunately, while writing this, not many artists have joined him in this endeavour. But this also brings a little unfortunate truth about the situation, Neil Young can leave Spotify without noticing it too much. Financially, the revenue he gets from Spotify would be a very minor source of income, especially because last year, he sold 50% of his publishing rights to the investment fund Hipgnosis, netting him $150m.

Also, because his fan base is definitely - in general - on the older end of the spectrum. Yours truly is probably on the younger end. So most likely, a more significant portion of his revenue comes from physical products and live shows (although the latter is probably true for many artists).

Newer artists and bands can’t really take this kind of stand against large streaming platform since so much of their audience accesses their music via these means. In most cases, they would like to please Spotify, hoping to get in one of their playlists and so promoting their music to a vast audience.

In any case, if more big artists join Young, it definitely can impact Spotify since these kinds of heavyweight artists can pressure these big companies. But only time will tell.

Since the discussion about artificial intelligence has become mainstream, I have started to ponder AI’s possible impacts on our day-to-day lives. While I work in tech, I come from this “culture and arts” background, at least a little bit. I did some theatre when I was young and have worked with music in one way or another for most of my life. This background has got me thinking about how AI could affect these fields.

We have seen multiple interdisciplinary works mixing artificial intelligence with various art forms, like drawings, paintings, music etc. Already drawings and paintings generated with AI present a superb quality in those, in which you cannot distinguish whether these were created by AI or an actual human. On the other hand, music is not quite at that level yet, in my opinion. At least in the form of an entirely generated song by AI. That being said, I have heard great pieces utilizing both human touch and AI, where AI plays a supportive role in the whole work. Similar things can be seen in all creative endeavours where AI could be utilized.

If AI gets used more and more in these creative projects with great success, to me, it raises a question, can human art be entirely replaced with AI? I believe it would be naive to say that it couldn’t. But, considering the possible future where we cannot distinguish humans from computers, how could we determine this kind of smaller medium like song or book on how it was created or who created it? As a consumer of these kinds of mediums, does it matter if some algorithms made your new favourite novel to provide the same feeling that you might get from reading a regular author’s book?

They Are Taking Our Jobs

Already there has been a trend of AI-generated music populating different streaming platforms. Currently, that music has almost always been something simple in which AI can excel. This could be called elevator music or Muzak. This kind of music is most likely something that many people wouldn’t mind because it’s generated with a computer and lacks the human touch. But how would people feel if there were a chart-topping song entirely generated with AI? Again, I believe many people wouldn’t like that, other than a few tech geeks who might think it could be cool (me included).

Could AI then fully replace the human touch in our art forms? We might wait for that to happen for a very long time. Still, as I said earlier, it would be naive to think that this couldn’t happen, especially in the future, where we have reached a certain level of intelligence where we can’t distinguish each other from humans and machines.

So what could this mean for our “blue-collar” artists? What could be the driving force for them to create new art if the audience doesn’t know if it was created by a computer or a human? To me, that seems very grim.

If we can’t beat them, join ’em? Right? If we think this will be the future, while it might not be a very uplifting thing to consider, it’ll most likely be very realistic. While AI will have dire repercussions on our life in the future, I also believe it can be used for great good. Whether AI is used in health, fighting climate change etc., there are many good use cases. In my opinion, utilizing AI in the arts is also one. Should you create your next song or novel entirely with AI? Possibly not, although GPT-3 has shown some great results on how good text it can write.

I like to write or play music, so I don’t want to replace the artificial process I enjoy so much. So I could utilize it in my creative endeavours by working with it side by side. It could possibly generate some ideas for my next blog post, novel, poem or whatever. For example, AI could be taught with the text of a long list of your favourite authors or songs by your favourite bands. Based on this knowledge, maybe some of the possible ideas it could generate could be finished by a human giving the final piece that human touch.

So while the future might look dark and grim for us, maybe we could make some use of it, so at least we might have a little bit of enjoyment. Thankfully we are a long way from this singularity that many people tend to talk about, but the trend has shown to be moving towards that kind of future. So rather than fighting against it, at least personally, I want to make the best use of our technical achievements in one way or another. Who knows if the next big novel or piece will be created with AI or other great technological invention. That said, I have already found many great ways to utilize AI in my creative projects, so who knows what might come from those.